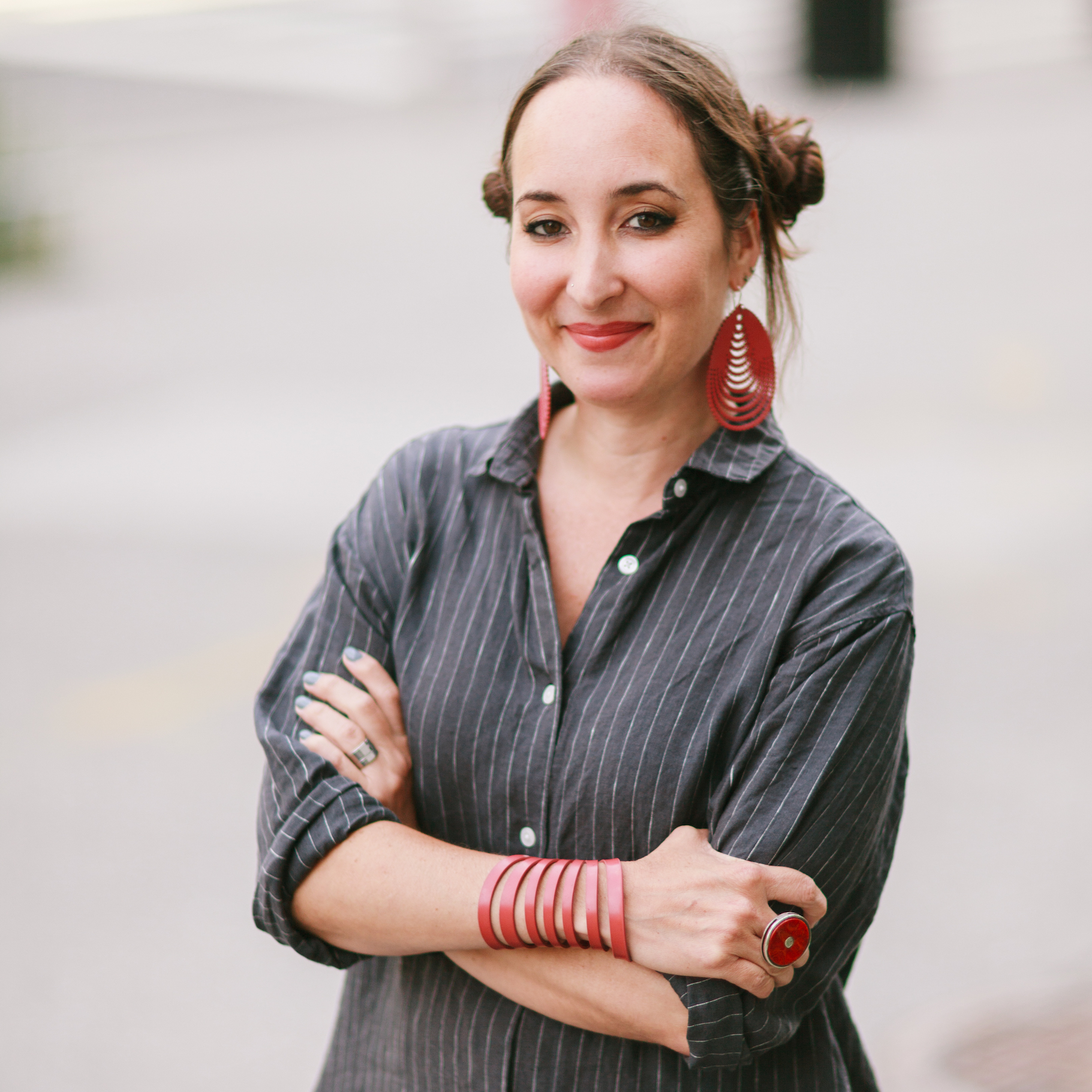 Marlène Ramírez-Cancio is a Puerto Rican cultural producer, artist, and educator based in Brooklyn, New York. She is Director of Practice Lab and EMERGENYC, an incubator and network for emerging artists-activists in New York City and beyond, focused on developing the voice and artistic expression of people of color, women, and LGBTQAI+ folks. Offering varied entry points into art and activism, EMERGENYC prioritizes process, discovery, and risk-taking, fostering a brave space of experimentation for artists who aim to build solidarity across differences and challenge dominant narratives through artistic cultural resistance. She is also co-founding director of Fulana, a Latina satire collective whose videos have been shown internationally at film festivals, museums, and universities, and whose members lead satire/parody workshops for emerging artists. Marlène serves as Director of Implementation of LxNY | Latinx Arts Consortium of New York, a network dedicated to knowledge exchange, resource sharing, and collective action. Through Mujer Que Pregunta, she uses Tarot as a tool for visioning, working mostly with women, femmes, & GNC folks of color fighting for justice—whether artists, activists, scholars, or cultural workers, at any point in their career—to help them tap into their intuition and gain clarity into an issue. She is also a Process Doula (certified in the Co-Active model) and Writing Coach , helping folks to shape their ideas, clarify their purpose, and make sure their projects align with the goals of their practice. She serves on the Board of Directors of the National Performance Network and the Board of Advisors of The Action Lab and the Center for Artistic Activism. In 2018, she curated “Cuerpxs Radicales: Radical Bodies in Performance,” a live art series presented at the Brooklyn Museum in conjunction with the Radical Women: Latin American Art, 1960–1985 exhibition.

Until 2020, Marlène was Associate Director, Arts and Media at NYU’s Hemispheric Institute, where she honed her passion for connecting artists, scholars, and activists, forging spaces of creative inquiry and critical practice that enliven struggles for justice in the Americas. During her 17 years at Hemi, Marlène led the curation and production of Hemi’s large-scale, Encuentros, hybrid conferences-festivals that gathered about 700 participants in different cities every few years; created and directed EMERGENYC and Hemi’s Artist Residencies for local NYC artists; and co-created initiatives like the Helix Queer Performance Network, which supported queer artists of color and fostered intergenerational mentorship. Through HIDVL, a groundbreaking digital video library that archives and circulates the work of politically engaged artists, Marlène took great care not only to nurture the work of the diverse emerging, mid-career, and master artists she engaged, but to ensure their practices were documented, made publicly available, and preserved for future generations.