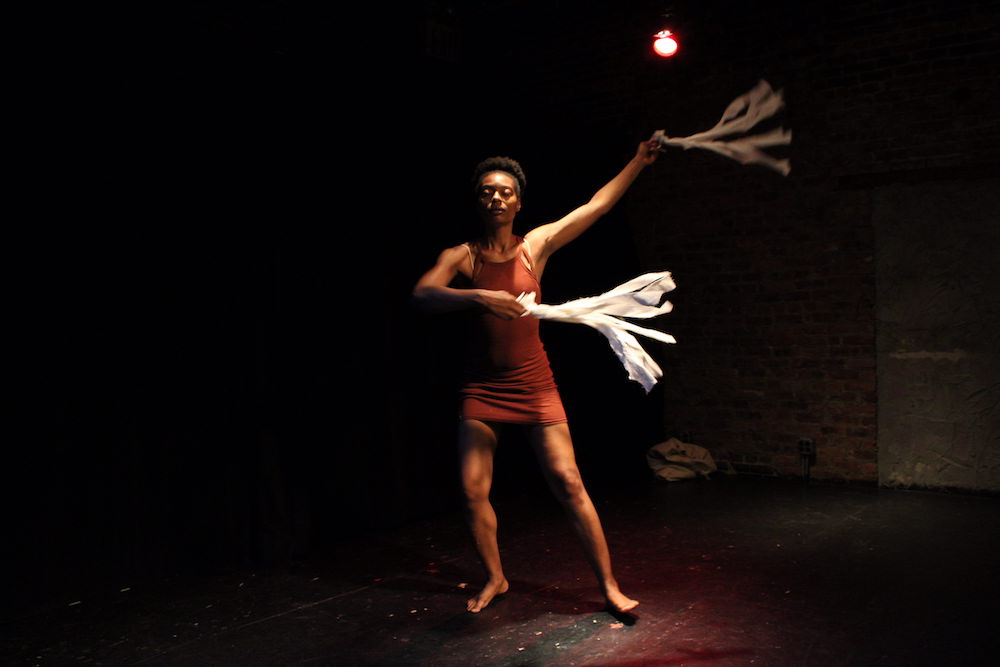 Native Memphian, Marla Nicole Robertson moved to the northeast in 2009 as an Americorps VISTA volunteer in Pittsfield, MA. She holds a Master’s degree in Anthropology with a certificate in Museum Studies from The University of Memphis, as well as, a Master of Science degree in Education, Teaching English to Speakers of Other Languages from The City College of New York. Marla is a co-creator and performing artist with Brooklyn based Kriyol Dance! Collective, under the direction of Veroneque Ignace.

Marla moved to New York in the summer of 2018 as a New York City Teaching Fellow. Appearances with Kriyol Dance!, include Lavi Miyo (2016), #Trending (2016), Lakou Nou (2017), Lavi Miyo (2018), and 2019 Movement: Pangaea (2019). Marla has enjoyed a being in-residence with Kriyol Dance! Collective as part of The Protest Garden Project and the Nou Fusion workshop dance series at The Wyckoff Farmhouse Museum. In addition to instructing dance at Wyckoff Farmhouse Museum, Marla has also taught at Massachusetts Museum of Contemporary Art (MASS MoCA), Berkshire Dance Theatre and Williams College. Marla served as a mentor and choreographer with the Pittsfield Rites Of Passage and Empowerment (R.O.P.E.) program in collaboration with the Tony Award winning Barrington Stage Company and the Westside Community Arts Project and as a mentor with Barrington Stage Company’s Playwright Mentoring Project.

In addition, Marla worked as a faculty artist for IS 183 The Art School of the Berkshires’ after-school Learning Through Arts program. She has performed with The Bantaba Dance Company of Memphis and Abule Fan Music and Dance of Memphis, the Williams College Kusika Dance Ensemble under the direction of Sandra L. Burton and the Olga Dunn Dance Company of Great Barrington. She has also had the pleasure of working with the Pittsfield Town Players, Ronald K. Brown/Evidence, A Dance Company, Emily Johnson/Catalyst Dance and Allison Orr/Forklift Danceworks.

Marla plans to use the award to continue research and development with Kriyol Dance! Collective for “”Muscle Memories: Revisited.”” This project was inspired by an summer opportunity in heritage archeology that encouraged an investigation of memory, gesture and labor performed by early 20th century sharecroppers in Denmark, Tennessee. In continuing to develop this work, Marla hopes to answer the questions: How do we prepare the soil of our minds to do the work of our lives? What are our tools and how are we working to survive and be well?