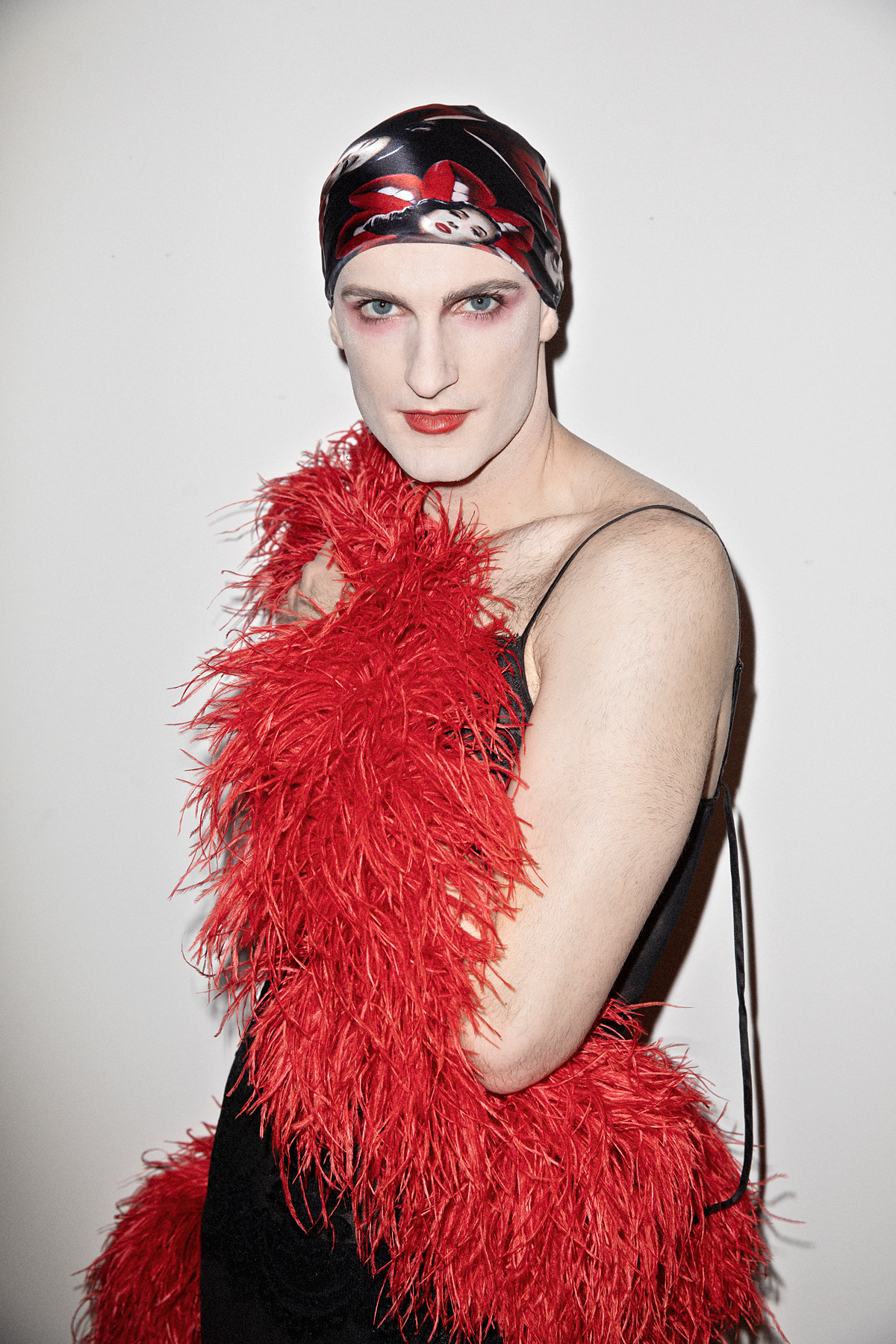 Kelsey Rondeau (they/them) is a freelance performer, drag artist, wig stylist, gogo dancer, filmmaker and all-around International Womxn of Mystery. Raised in the wilds of Northern California, they graduated with a BFA in Dance from the University of Texas at Austin in 2014. During their time in ATX, they performed in works by Merce Cunningham, Paul Taylor, Mark Morris, Ohad Naharin, Andy Noble, and Charles O. Anderson. Upon graduation, they immediately decamped to Berlin, Germany, where they completed the dance intensive at TanzFabrik at 2015. The next year, they relocated to Brooklyn, where they have lived, laughed and loved ever since. In that time, they have worked with the likes of AnA Collaborations, Johannes Wieland, Sinking Ship Creations, and Third Rail Projects. During the pandemic, they created the hit living-room drag show Call Me By My Venmo Name, which they also edited, designed, wrote and performed with their main collaborator Nate Carter III.

In 2018, with Hunter Sturgis, they founded Hard/Femme Dances, a Brooklyn-Based dancetheater company devoted to storytelling, queer themes, and an abundance of glamour. Always character-driven, they have created works starring mad housewives, amorous clowns, strung-out party-goers and French music-hall stars. Their work has been shown at Gibney Dance Center, Spoke The Hub, Emerging Artists Theater, and Judson Memorial Church. When not dancing, you can find them as their alter ego, Ava Lanche, at the House of Yes, the Slipper Room, 3 Dollar Bill or Six26.